Saxenda Weight Loss – Nowadays, there is a wide range of medical evolutions that help to reduce weight loss effectively and safely to reduce the risk of developing the disease, including taking medications, injecting drugs, and even more invasive methods such as surgery. Each method should be closely monitored by a doctor. The most popular surgical corrective today include stomach operation. However, the weight loss injection pen called Saxenda® (Liraglutide), which is FDA-approved and US FDA certified become more popular now.

You can read the topic of the article here.

Magic Pen Saxenda® (Liraglutide) Why Can You Lose Weight?

How to use Magic Pen Saxenda® (Liraglutide)

Magic Pen Saxenda® (Liraglutide) designed a schedule of medications to maximize weight loss while minimal gastrointestinal side effects. The schedule usually lasts about 4 months, starting at 0.6 mg, after which the dose will be adjusted every week according to the doctor’s instructions, which will not be too higher than 3.0 mg.

Safety of the use of Magic Pen (Liraglutide)

Saxenda® (Liraglutide) research was done with 3,713 patients, which found that 85% of the group in the study group were able to lose weight as follows:

Three out of five people were able to lose an average of 5% or about 5.4 kilograms (compared to before participating in the research).

One in three people can lose weight equal to or more than 5% or about 10.5 kilograms (compared to before participating in the research).

Approximately 6% of the participants were able to lose up to 20% of their weight (compared to before participating in the research).

Does ® Saxenda (Liraglutide) cause the yoyo effect after a long period of use?

In research conducted using Saxenda® (Liraglutide) for 3 years, it was found that:

If you are interested in Saxenda® weight loss pen (Liraglutide), you should consult with your doctor to ask for your history and check-up before starting the injection. To ensure that patients lose weight safely and in good health. 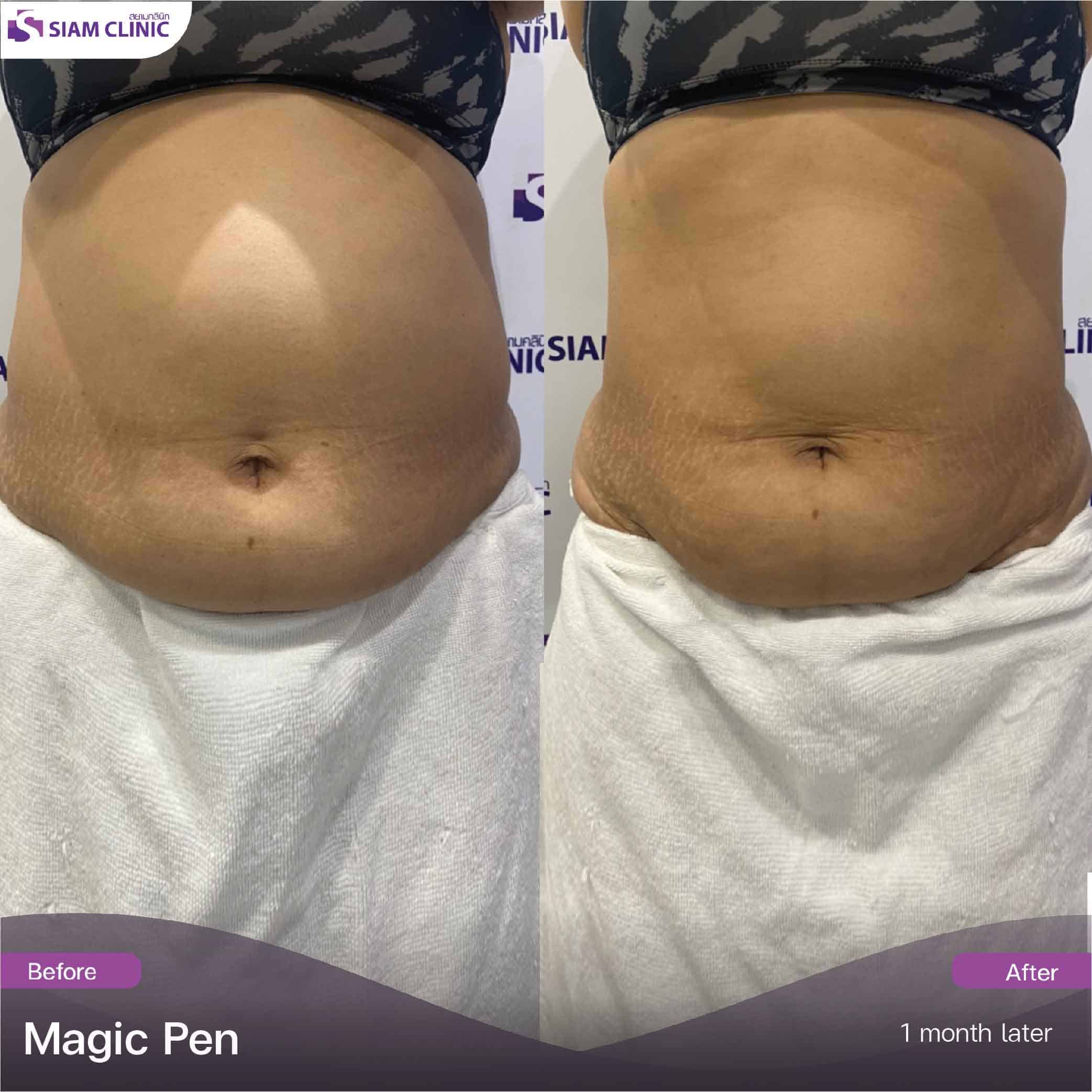 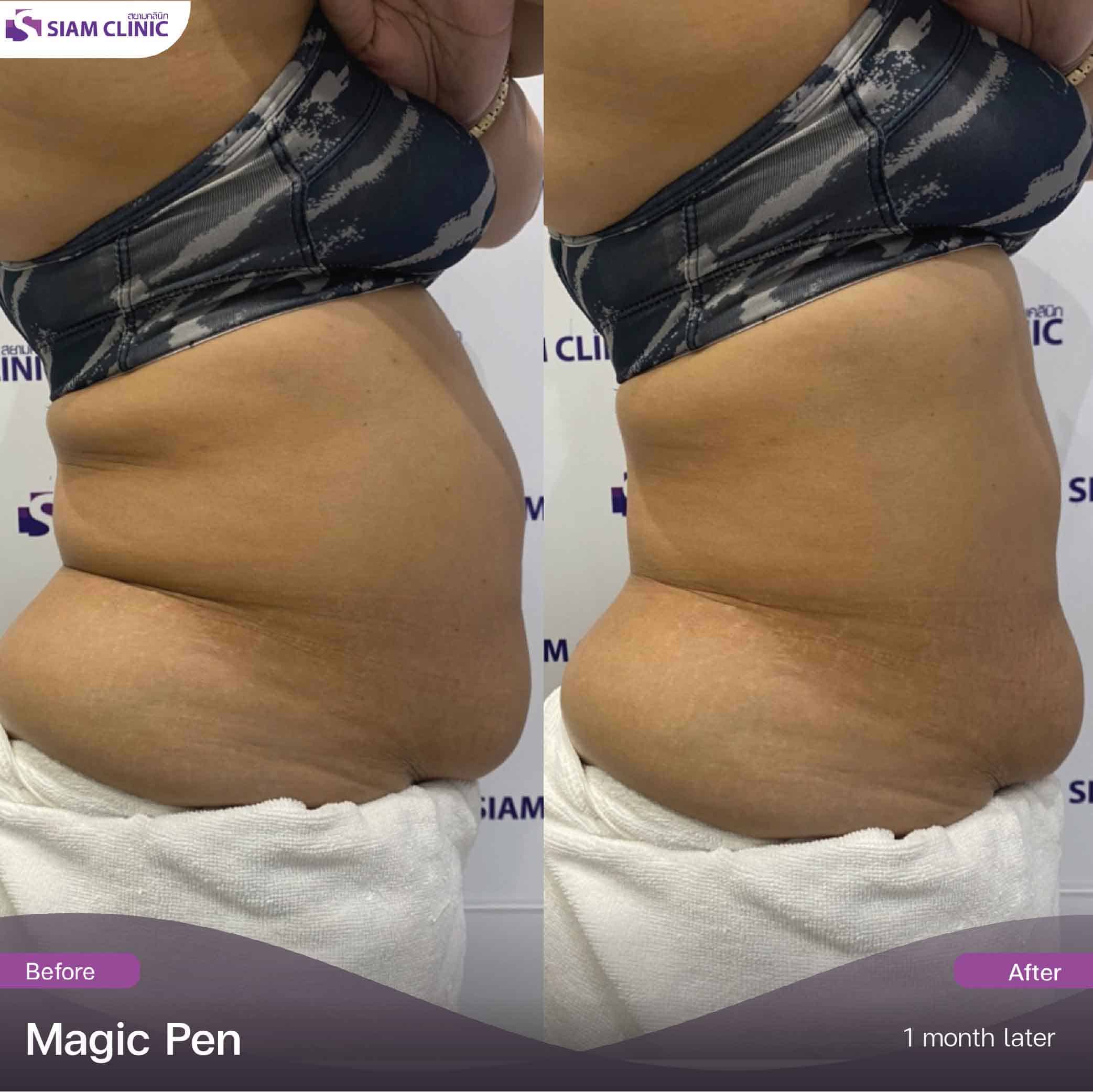 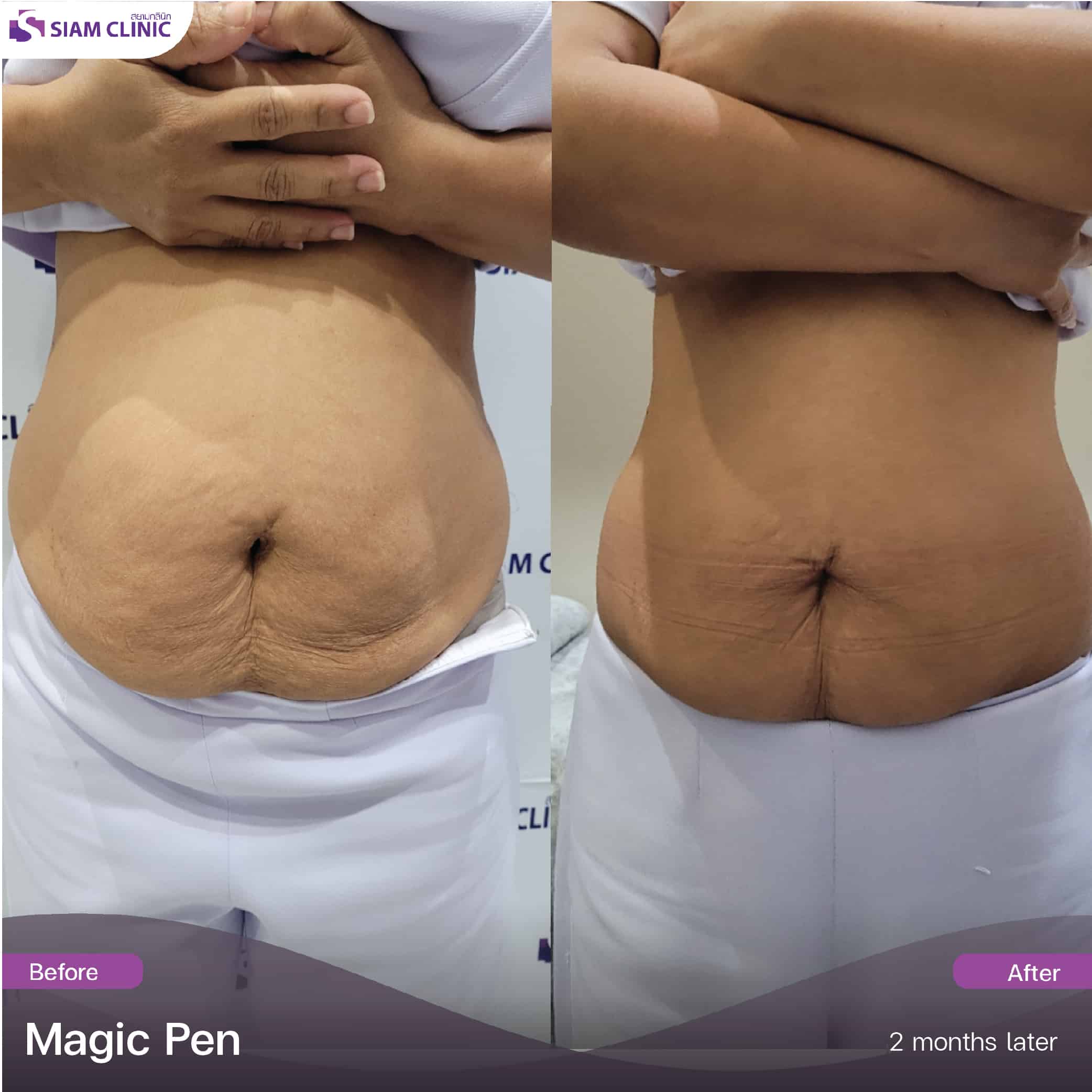 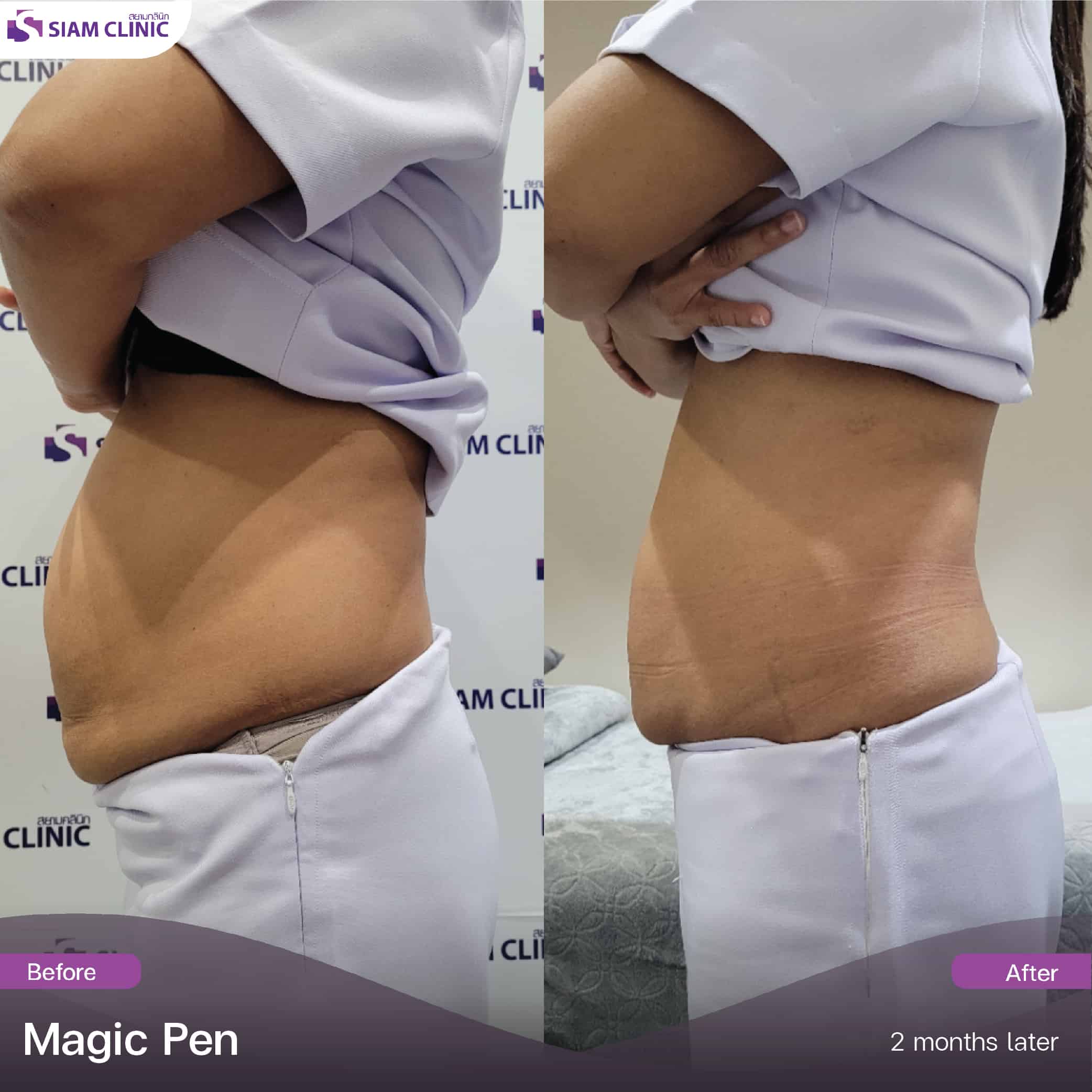 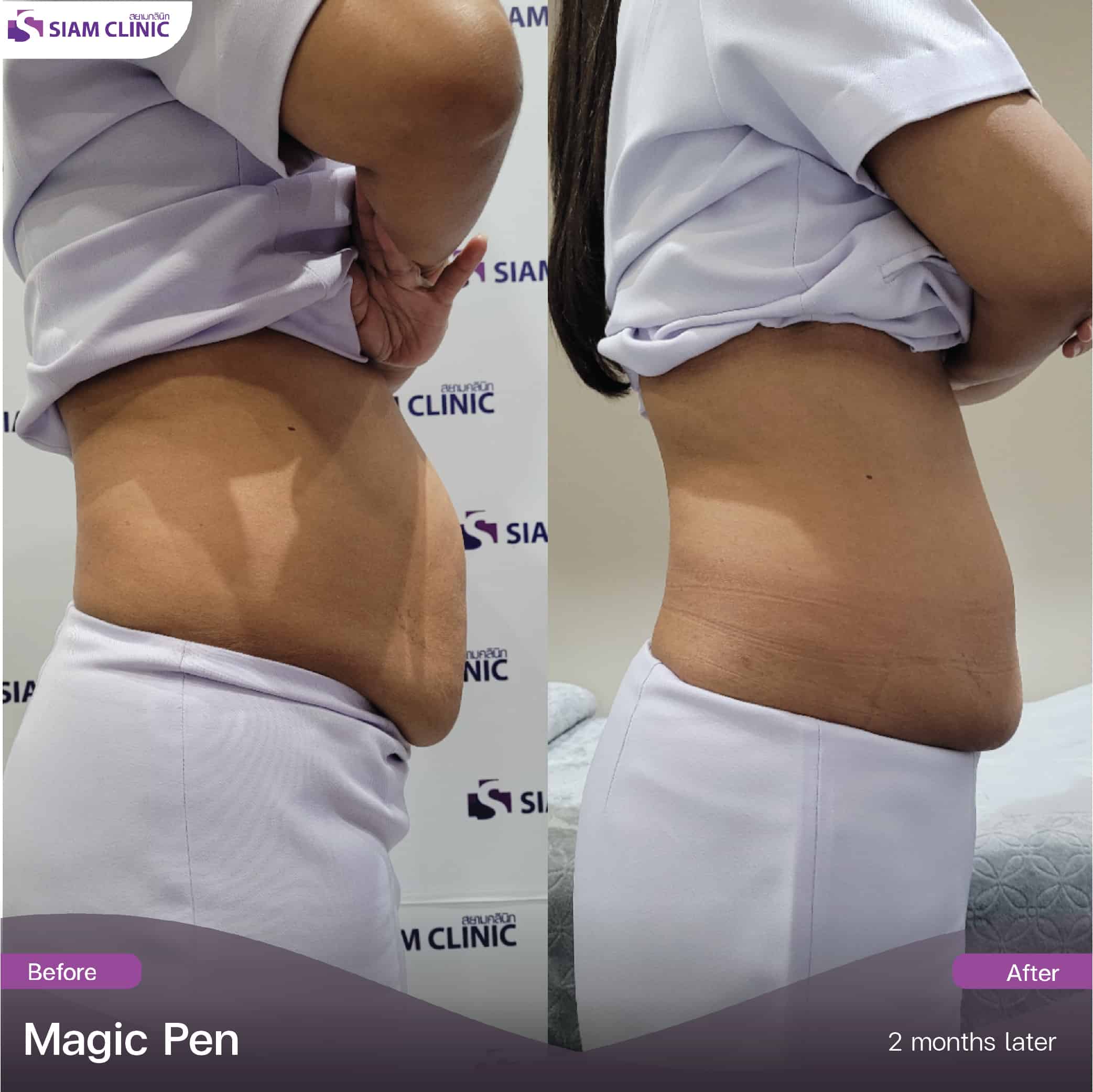