Screening for cancer first improves your chances of survival.

Cancer Screening or Cancer Early Detection is a popular cancer treatment because it is a screening test to look for cancer from pre-disease to early stages. As a result, cancer survival rates after treatment increase or can reduce cancer mortality rates even more. 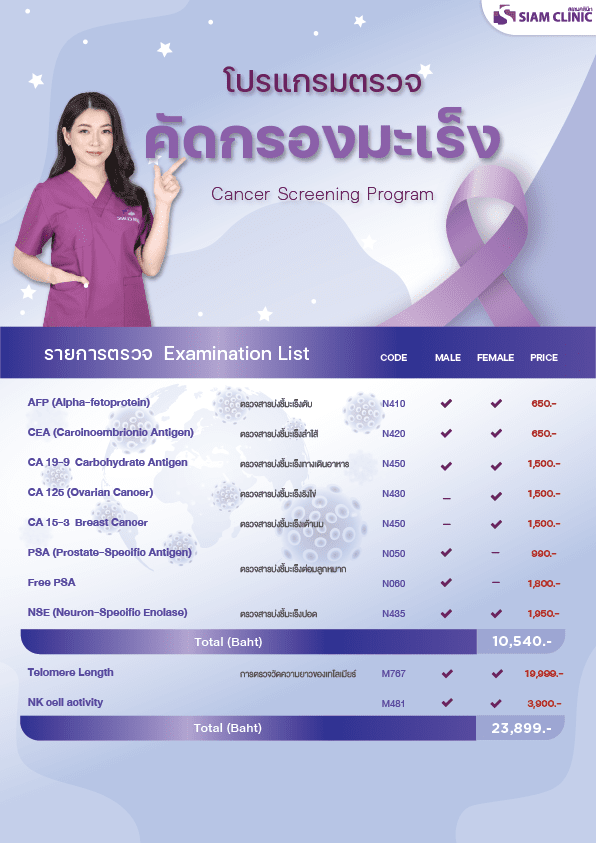 The Importance of Cancer Screening

Although cancer is a terrible disease in most people's minds, there are many cancers that can be cured. Importantly, there are a large number of cancer survivors in developed countries such as Europe and the Americas. The survey found that the mortality rate of cancer patients has decreased due to modern cancer treatment science, combined with advances in various cancer screening tools as well as gene-level testing, making it possible to detect abnormal cell formations faster before cells deform into cancer cells. As a result, the chances of treatment are greater.

"Cancer" How does this disease occur?

Cancer is caused by mutations in genes or genetic material contained in the cells, causing the cells to look abnormally different from normal cells. As a result, the body cannot control and can live longer than normal cells. These cells spread throughout the body. As a result, the organs in the body malfunction and eventually cause death. Although cancer screening is not yet possible for all types of cancer. Many diseases may not be detectable, and current cancers that can be screened for cancer such as breast cancer, colorectal cancer, cervical cancer, etc. as follows Detection of cancer cells by X-ray, also known as mammogram, patients with breast cancer risk factors include menstruation at a young age. No child has ever received breast irradiation, which doctors have recommended to patients aged 50 years or older. Visit your doctor for screening. It is an internal examination, also known as a pap smear (Pap Test), to detect abnormalities in the cells of the cervix. By endoscopic examination of the inside of the intestine. Patients at risk of developing colorectal cancer can be found at any age, which is more common among people aged 50 years and onwards.

Does cancer screening have side effects?

Did you know? The risk of developing the disease between males and females varies.

Cancer screening in males and females carries different risks, such as breast cancer. Males are also at risk for breast cancer, but females are at greater risk. Colorectal cancer can be of both genders, and doctors often recommend patients aged 50 years or older. Classified as a high-risk patient You should come to see a doctor for cancer screening.

Cancer screening is a measure to find early stages of cancer in people who do not yet have symptoms of the disease. It aims to reduce mortality and illness from cancer. Screening for specific cancer is an accepted and very useful method for screening cancer among people who are at risk or anxious to develop cancer. At the same time, if cancer is discovered at an early stage, it can help patients recover from cancer at high rates and make people with cancer live long life in quality as well. The World Health Organization recommends early screening for cancer, even if it does not have any symptoms. This is to be able to detect abnormalities early, making treatment possible correctly. Efficient and timely

The 7 dangerous signs to see a doctor are:

According to the recommendations of The American Cancer Society and the National Cancer Institute, women and men over the age of 50 should begin screening for straight colon cancer with gastrointestinal endoscopy (sigmoidoscopy or colonoscopy) at least every 5–10 years.

There is medical evidence in the epidemic that chronic hepatitis C infection is the leading cause of liver cancer. Therefore, anti-HCV detection can be used to assess the risk and monitor liver cancer.

Currently, the detection of CA 12-5 and HE4 cancer markers in the bloodstream is medically accepted for use in early diagnosis of ovarian cancer, compared to normal women, approximately 80 – 85% of women with ovarian cancer have higher levels of CA 12-5 and HE4. When it comes to cancer, many people may be nervous, not least because cancer is a disease that can occur in people of all ages and usually spreads quickly. Currently, medical practices have developed technologies for cancer screening. This makes it possible to find early stages of cancer. It helps prevent cancer cells from spreading, increasing the chances of treatment.

Cervical Cancer Breast cancer Colon Cancer "Cancer depends on the person, it may be genetically related or family, so we ourselves are at risk of developing cancer, and people who do not have a history of cancer at all are not at risk, so we should take care of our physical health by checking up annually. 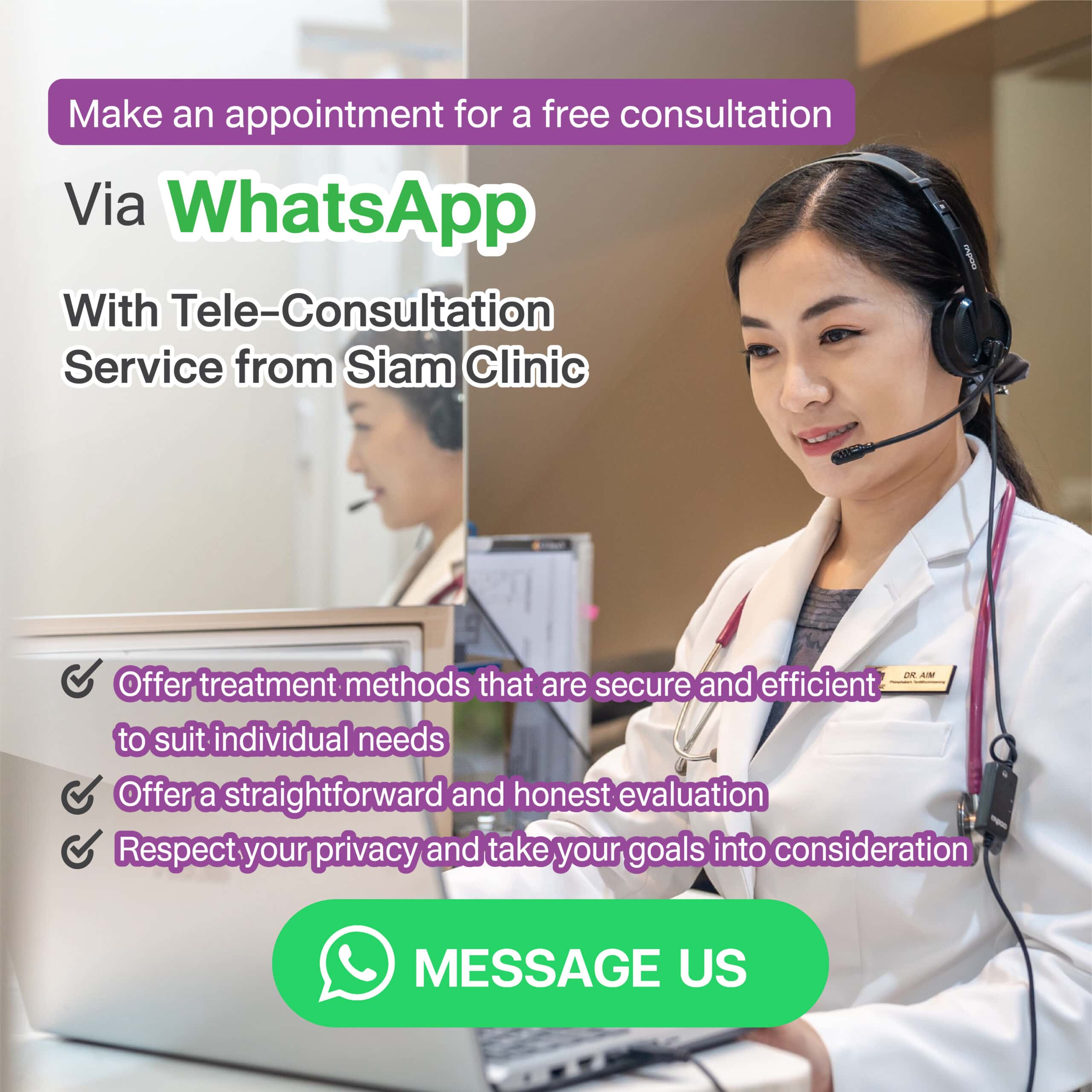